Kingsburg: Most Interesting Game to Play | Tips and Tricks

The Kingsburg game is excellent. When you can win by scoring a high level of scores, you can perform as the best Governor of the Kingdom called Kingsburg. The basic Kingsburg rules are, within five years you have to become the

Governor, together with it you have to handle all your resources, construct huge buildings plus also you have to mentally and physically prepare yourself for the battle against the threatened Kingdom, and also you require to prepare your people too.

For every season, you will provide with three dice to roll. The dice roll will determine the counsellors. Using those counsellors, you can benefit from the resources, dice modifiers, and military forces.

At every year-end, you should battle against the enemies who are threatening your Kingdom and the people of yours.

Setup of the Kingsburg Game:

The setup of the Kingsburg game is entirely different from other games and interesting too. When players can’t understand it well, it might be turning into a difficult one for them. Let’s know the basic setup to be followed for the game in the given below. For every player of Kingsburg game

The following essential setup of the game needed to know is how to point on the game board.

You must have obtained multiple counsellors and requires building a lot of building within the three production periods. Besides this, you also prepare the military to fight against your threatening enemy kingdoms in the winter period.

Let’s learn and understand some information about the actions that make up a year in the eight points below.

Every production period of Kingsburg follow the same rules, which are

Every player of the game will have the opportunity to roll three dice. The next one is updating the turn order, which means adjusting the turn order pawns’ point responding to the gamer dice’s outcome. When the player consumes the lower number in the dice rolling, they can play first.

One of the essential primary rules to know while influencing the counsellor is it is not permitted for the players to influence the counsellor when they had been already influenced by other player dice. This rule is not applicable when the player is using the King’s Envoy.

The secondary rule is, the player can utilize any random number of +2 tokens which will help to enhance the worth of the dice set, but it is not applicable to form a set by only using tokens.

The third one is the player should receive help from the counsellors. When once the player of the Kingsburg game has completed the pointing of their dice, they will receive the effects or else resources from every counsellor they had influenced by their gameplay.

Every player who had influenced the counsellor should start to construct their building on their province board by spending costs which are displaying in the round box of the building.

The primary rule that should be followed while constructing a building is that you must not build a building when you did not make the previous building on the same order of the line.

The secondary rule must remember in this process is that for every regular production season, the player can build only one building. You might follow the secondary rule when you are using the King’s Envoy.

To show that you had already built it, point the building token on the round box. Every completed building of the player provides victory points to them immediately, and also they can gain multiple bonuses to enhance their province board.

Things to Collect by the Players:

When you are a green player, you require collecting a sergeant with 1military strength plus the master Hunter who has 1wood and one gold.

You will be afforded with the astronomer who has one good of his choice, 1 +2 token for the red player. Another one is swordsmith which provides one gold 1 stone, plus you can either choose one wood or else one stone it’s your choice.

For the black player, you will have a queen who holds two goods of his choice. You can look at the enemy card secretly and three victory points. Another one is the architect, which provides one wood. These are the Kingsburg rules for green, red, and black players.

After collecting all this, the players should get ready to battle, and at the end of the battle, you can know who the winner of the game is. The loser of the game will lose his victory points, the resources, building, and everything.

From the kingsburg game mentioned above, you had understood how enjoyable this game is to play. It holds a lot of exciting factors which multiple games do not contain. When you had not played till now, they buy the game and start to play with your family member most happily.

13 Dead End Drive: Learn How to Play and Win 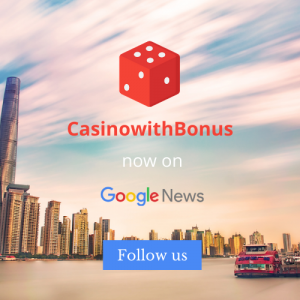